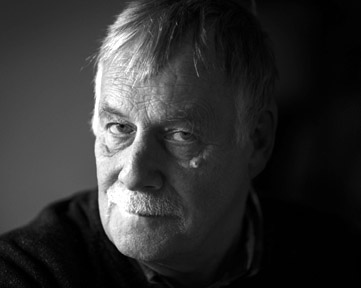 Who is Charlie Laidlaw and what have you written?

I am the author of two contemporary novels. My second, The Things We Learn When We’re Dead, was published in 2017 (Accent Press). My third, The Space Between Time, is due for publication in June next year (also Accent Press). Rights to my first novel have been acquired by Accent Press and it is to be republished as Love Potions and Other Calamities, towards the end of next year.
Apart from that, I am married with two children, live in the east of , provide writing services to a number of clients, and am starting teaching a Diploma course in Creative Writing.

Can you tell us a bit about growing up in ?

I grew up in a small village in the west of . I could fish in local rivers, swim in local lochs, and every winter could skate on frozen lochs. I suppose it was a place that allowed the innocence of childhood, the sort of place that all children should be able to grow up in.

How did you end up in  and then back to ?

I started my career as a journalist, and  is the epicentre of print journalism. However, after a number of years, the allure of  faded and I wanted to go home. I suppose that we all have a strong sense of home, whatever and wherever that is, and , to me, is the one place I will always keep returning to.

What is your most memorable moment working as a journalist?
Too many to mention! Back then, newspapers had lots of staff so there wasn’t the kind of treadmill pressure that today’s journalists have to endure. Most memorable story was covering the Lebanese civil war. I was given a PLO bodyguard and visited a refugee camp outside . I met a lot of lovely people, adults, and smiling children. Several weeks later the camp suffered one of the worst massacres of the civil war.

The Things We Learn When We're Dead is about second chances. Can you tell us about the importance of them in your life?
I think that a life well lived is also about failure and making bad decisions. The trouble is that it can take many years for us to realise that, and how small decisions can have unintended consequences. I could have stayed in national newspapers, I could have stayed in . Our lives are shaped by the decisions we make, and I thought it would make a good story if a very ordinary protagonist could go back over the decisions she’d made and look at things a little differently.

The structure of this book addresses many important themes and messages. Is there one message that is more important in your life?
I hope the book is uplifting, largely because I like happy endings! However, the book is also about the big stuff like family illness and death, and the smaller stuff that we live through every day. I hope therefore that it’s a portrait of an ordinary young woman who gets some things right and gets other things wrong. In that sense, the central character in my book could be any of us. If that adds up to a message it would simply be to live life and to enjoy it while you can.

I appreciate how the book looks at life on HVN with flashes back to Earth because we often move through life looking back at the past. Can you speak to your use of shared experiences in The Things We Learn When We’re Dead?
The idea of the book first came to me on a train from to , which was apt because , being a civilised place, is the only city in the world to have named its main railway station after a book. When I got home, I wrote the first and last chapters. I had a starting point and a finishing line. The first chapter has changed out of all recognisition, but the last chapter remains pretty much the same.
However, in fleshing the story out, I did write a draft that didn’t have Heaven in it. It was a narrative set entirely on Earth. But the juxtaposition of the banal and the absurd didn’t seem to work, and I went back to my original structure to look back at her life from a new perspective.

I suppose that’s what we all do, even those of us who say we don’t. We look back and think: what if I had done this instead of that, or chosen that job instead of this. It’s not necessarily about regret, but about looking back and seeing how we could have taken many different roads.

As an experienced author, what advice would you give to someone who is a prospective novelist?
I was lucky and came to fiction writing by way of journalism. Although I had written several novellas during school and university, journalism gave me greater confidence, and the skill to understand what makes good writing.

I guess my first piece of advice to a budding author would be to recognise your limitations, then find ways to overcome them. Join a writing club, join a book club and discuss books and, most importantly, read books. Lots of them, and not necessarily in the genre you want to write in.

In other words, learn your trade as a writer because, believe me, it has to be learned. In that process, be your own worst critic. Don’t ever think that, because you’ve written something, it’s bound to be good. Take advice. Show it to people whose opinions you value.

All that said, if you think you’ve written something good, persevere – through rejection after rejection. You’re only a failed writer if you give up.

How do you know when a story is complete?
My first book took years to write. It started off being set in the south of and only after several drafts ended up ebbing set in the east of . It started off as a rather sinister crime story and ended up largely as comedy. Goodness knows how many trees were sacrificed in all those different drafts.
For my second, I wrote the first and last chapter and then filled out the middle. Once I had reached the finishing line, it was simply a question of editing, editing, editing.

However, knowing when a book is complete is a different matter. I think of a book as a symphony, with loud and quieter passages and, with practice, you develop an ear for how it hangs together as one complete whole.

The next book is now with an editor, so it’s up to him to decide if the book is complete! That’s another advantage of coming from journalism where everything you write goes to a sub-editor. You learn to hand over your work to someone else and let them decide!

What are you doing when you’re not writing?
I have a day job writing articles for publications and websites. I’m also about to start teaching creative writing. That’s something I’m looking forward to immensely. Good writing means understanding the intricacies of plot, structure, and characterisation, and of narrative and dialogue. But it’s also about the smaller stuff – balancing, for example, the use of adjectives and adverbs – that more inexperienced writers don’t think about.

Writing well is a skill that generally has to be learned. It’s about understanding all the components that go into a good book, and I’m hugely looking forward to working with budding authors and, hopefully, making it happen for them.

Who is your favorite author?
Too many to mention, but Ernest Hemingway and Joanne Harris would be up there.

What are you reading now?
I’m rereading My Family and Other Animals by Gerald Durrell, because we were in in the summer and visited the house where he and his family lived.

And finally is there anything you'd like to tell readers?


I am simply grateful to readers who buy books, and not just mine. Only if people buy books can publishers continue to publish, and writers make some kind of a living. And if a reader does like a book, do give it a quick rating or review on Goodreads and Amazon. Being a writer can be a lonely trade, and it’s always nice to know that you’ve made connections with readers. 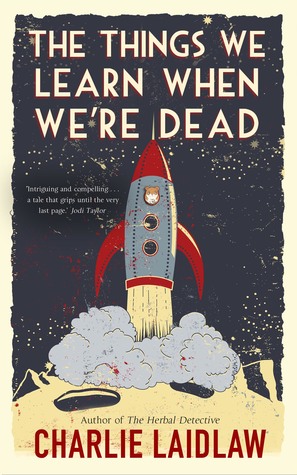 The Things We Learn When We’re Dead
Charlie Laidlaw

The Things We Learn When We’re Dead is about how small decisions can have profound and unintended consequences, but how we can sometimes get a second chance.On the way home from a dinner party, Lorna Love steps into the path of an oncoming car. When she wakes up she is in what appears to be a hospital – but a hospital in which her nurse looks like a young Sean Connery, she is served wine for supper, and everyone avoids her questions.
It soon transpires that she is in Heaven, or on HVN, because HVN is a lost, dysfunctional spaceship, and God the aging hippy captain. She seems to be there by accident… or does God have a higher purpose after all?
Despite that, The Things We Learn When We’re Dead is neither sci-fi nor fantasy. It is a book about memory and how, if we could remember things slightly differently, would we also be changed?In HVN, Lorna can at first remember nothing. But as her memories return – some good, some bad – she realises that she has decisions to make and that, maybe, she can find a way back home.

I immensely enjoy incredible circumstances written in episodic form and that is how I would best describe Laidlaw's clever book with the perfect title to capture and amuse reader's in this philosophical journey.

If you have spent any time working in or around the medical field you have likely come upon cases of near-death experiences. They further help to forge an understanding of the complexity and importance of the brain and consciousness.

When Lorna Love gets hit by a car, she believes she lost consciousness and is hospitalized and then realizes she is actually in heaven or HVN - a dysfunctional spaceship where you can choose to look like who you wish.

All things considered, the imagery within the novel is integral. I'm drawn to Laidlaw's beautifully descriptive writing which heightens my senses. Throughout this story, the dialogue's impressive, each character is believable and the references are eye-catching.

Lorna adapts to her new surroundings and as she works through memory integration objects around her trigger unique and unsettling glimpses of memory. In hindsight, she finds there is much confusion over the inevitabilities leading her to make an effort of choice.

One might think Lorna's 'what - if' a dream with the abstract-but-specific narrative where she wakes to see that the God watching over her could double for Sean Connery in a cream-colored tracksuit as she transitions through space and time.

The Things We Learn When We're Dead largely reminds us that our incredibly precious an imperfective life is precarious and we should not lose sight of what is important. We must make every effort to be conscious of our relationships and surroundings and celebrate life every day.

A copy of this book was provided to me by the generosity of the author for my honest review.