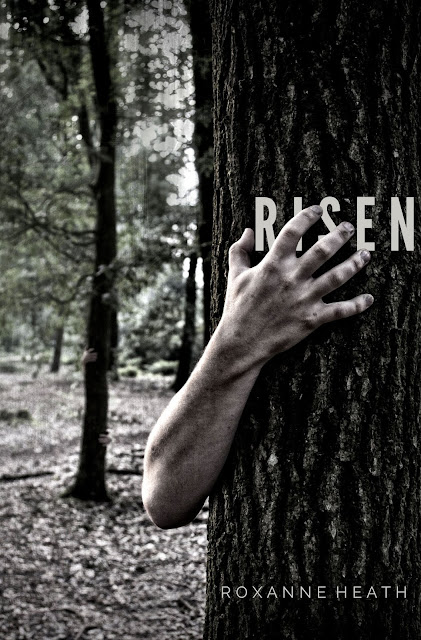 Synopsis
Ragnarok – the cyclical occurrence resulting in the slaughter and resurgence of the universe – is once more coming to pass, taking with it the best warriors that can be offered up to the jaws of Fenrir and his monstrous kin. When three of the best and most burnt-out warriors decide that dishonor is their only hope of permanently escaping the cycle, they abdicate their home world and make the jump to Earth. Taking refuge in unsuspecting members of a fragmented family they find that, while the fallen soldiers of their home are returning to fight in the battle, Earth’s deceased are mistakenly doing the same. The dead are rising, and their only call is to destruction. 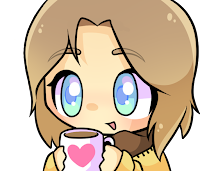 Who is Roxanne Heath?
Roxanne Heath’s interests and ambitions have changed a plethora of times, but the one constant has been her affinity for fiction. Inspired by the works of C.S. Lewis and Madeleine L’Engle, Roxanne began writing short stories at the age of seven, progressing to novellas by the age of twelve, and completing her first novel-length story at the age of fifteen. Keeping her love for the craft alive throughout a rigorous, scientific academic career, she published her first novel at the age of twenty-two (Smoke) and her second novel a year later (Risen).

Her style of writing is self-described as new adult dark fantasy, grounded in the realism and grit of the real world yet often enhanced by those things which lurk in the shadows.

How did you get the idea to write about the dead rising?

The fascination with the idea started all the way back in middle school when I stumbled upon Danny Boyle's 28 Days Later, and I immediately fell into a morbid kind of love with the whole genre and specific narrative of the film. Not only were zombies my immediate monster of choice, but the narrative presented within the film seemed to explore acts of preserving basic humanity and moments of happiness within a situation that's so gory and horrible. The constant dichotomy between performing inhumane acts to stay alive and trying to maintain a bit of who you were before the outbreak was instantly intriguing to me, and so it became a desire to try and create my own "brand" of a genre with which I was rapidly falling in love. At the time of this interview, I'm twenty-five, so writing such a story has been a long time coming.

Do you think our insecurities are easily manifested in zombie narratives?

Absolutely. Zombie narratives concoct a perfect storm of loss of control, loss of humanity, and the timeless fear of death itself. Be it getting turned into one of the undead and being forced to submit to blind, visceral instinct, or being spared the affliction itself and being subjected to the horrors of fleeing your enemies, zombie apocalypse narratives portray one of the ultimate losses of control. Loss of agency aside, though, an apocalypse of this nature also hypothetically forces us to examine our own sense of self and how far we would be willing to go to survive. Would we be okay putting down a friend, a lover, a sibling? Or would our humanity ultimately be our downfall? The whole situation is ugly to even think about, oftentimes bringing that fear and insecurity directly to the forefront of our thought processes.

What do you think of the zombie evolving into a more approachable monster? And why do we like them so much?

I'm glad that we've been able to approach zombies as a more mainstream--and, in a ways, approachable--element of storytelling. They range from symbolic to just plain scary, and it opens so many more narrative avenues. This is to say nothing of how their origin stories, so to speak, have increased in versatility, with causes ranging from viruses to satellites passing overhead (as opposed to being restricted to their Haitian roots). As for why we like them so much, I think there is still an overarching fascination with one of the only "classic" monsters that has yet to be tamed and humanized within mainstream media. Sure, we have films like Warm Bodies that demarcate the good zombies from the bad ones--and even introduce the possibility of zombies as redeemable, romanceable creatures--but as a whole, zombies have yet to be turned into the kind of suave, sexy creatures that vampires and werewolves are portrayed to be. I think there's a different level of intrigue to be had for something that knows nothing but its own instincts, especially when those instincts can be so destructive.

What part of this story was the hardest for you to write?

The ending was actually the hardest to write. I'd had an idea of the general plot and arc about a year before I started writing the story, and once I'd gotten a solid beginning and middle plotted out, connecting the dots wasn't difficult. Along those same lines, figuring out the precise motivations that connected those plot points was just plain fun. However, I originally hadn't planned on the book being a two-book series, and the ending went through the most revisions and full-on rewrites as a result of this. My debut novel ended abruptly, without any real resolution, but this was done on purpose to convey a sense of hopelessness and ultimately deem the events of the novel itself to be completely pointless. However, with Risen, these creatures (human and otherwise) have a meaningful journey to make, and I knew that simply ending the story without any true resolution (or worse, a cliffhanger) would be a deep disservice to the narrative as a whole. And thus, the only possible ending for this story was to set it up for a sequel.

How did you know when this story was complete?

I knew the story was complete once I knew where the next book was going. I tried to put myself in the mind of a reader who didn't implicitly know the lore and the backstories, who hadn't spent the better part of four years with this abstract idea before figuring out how to write it, and asked myself which parts were left hanging. When I could find no major unanswered questions and knew that what significant questions did remain would be answered in the sequel, I was confident in calling Risen a finished product.

Which is your favorite character you wrote?

I'm a little in love with Egill, probably because he's the most complex when it comes to where his loyalties lie, and he's (arguably) the most plagued by seeing the shades of gray that resonate within the moralities of the mutiny he's taking part in. He's the one most torn between the two "sides" in the war he's fighting when it comes to the animosity between his own kind and the humans. He's the most compassionate, and he has the least agenda, but I knew the least about his backstory when I began writing my main lineup, and getting to find out those hidden facets of his character has really endeared him to me.

If you had to describe your writing style, what words would you use?

New adult dark fantasy, grounded in the realism of the real world yet often enhanced by those things which lurk in the shadows.

As an experienced author, what advice would you give to someone who is a prospective novelist?

To any prospective novelists reading this, the best piece of advice I can give is this: prepare to be frustrated and prepare to hate your work. Writing is very much a split between being a labor of love and a complete leap of faith. You may reread your own work upwards of fifty times before feeling ready to publish. Over the course of those fifty times, the ideas will begin to seem stale and trite, and in this way, being a novelist comes down to having stubborn levels of faith in your work and an almost fanatical love of storytelling. Without that resolve, the frustration can (and will often) be enough to make you want to quit.

Do you get writer's block?

Always, and unevenly. There is never a steady balance between having ideas and inspiration and having my creativity come to a screeching halt. I am either able to write for hours, uninterrupted, or writing even a single sentence is like pulling teeth. Even more, unfortunately, there doesn't seem to be anything that triggers its arrival, or any foolproof method to make it go away!

Which authors inspire you?

C.S. Lewis and Madeleine L'Engle were the primary inspirations for me to pursue writing in the first place, but as my horizons expanded I began to also draw inspiration from those gritter authors like Jonathan Maberry and Brian Keene, along with YA novelist Laurie Halse Anderson and her abilities to create the perfectly dysfunctional family unit.

What are you currently reading?

Autumn by David Moody, Thunder, and Ashes by Z.A. Recht, and The Enemy by Charlie Higson.

As cliché, as it is to say, interacting with readers, is much of what keeps independent authors going. Going it alone is an uphill battle every step of the way, and we are all very, very grateful and appreciative of your support and your kindness.
at December 02, 2018