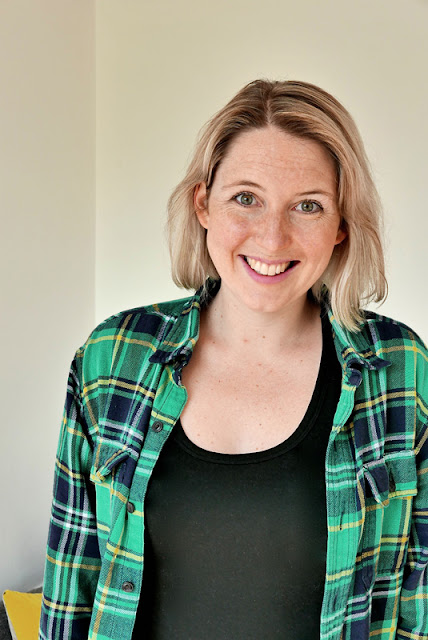 Natalie Hart, is debut author of the book *Pieces of Me* (Legend Press, October 1, 2019), which was shortlisted for the 2018 Costa First Novel Award. Natalie Hart specializes in conflict and post-conflict environments and has worked extensively across the Middle East, including 3 years in Iraq. 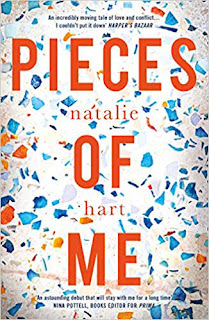 Natalie's gorgeous novel has been compared to *Girl at War* and *The Yellow Birds* and examines the lives of deployed soldiers' families and displaced Iraqi civilians. Told from a female perspective, *Pieces of Me* follows Emma and Adam McLaughlin from Baghdad to Colorado and eloquently reveals how even the most tightly knit relationships can unravel under the stress of war.

Natalie was agreeable to an interview about this story.

Natalie, can you tell us a little about the 3 stages of deployment your book takes us through?

Of course! The structure of Pieces of Me is based on what the military refers to as a deployment cycle. This is made up of pre-deployment, when the soldier is preparing to go away to war; deployment, when they are away serving; and post-deployment, which is the reintegration period when they get back (and then the cycle starts all over again). Each stage comes with its own challenges and military family therapy maps a seven-stage emotional journey that families experience throughout this cycle, too.

How did you go about compiling the details for life in a war zone?

I spent three years working and living in Iraq myself, and I have also spent time in Afghanistan. Many of the details of life in a warzone in Pieces of Me are my own experiences of being there, or those of my friends and colleagues. When writing I thought a lot about the conversations I’d had with friends and family back home and the details that people didn’t understand or didn’t realise about my life out there. Some of them were very basic things – they didn’t realise there were non-military personnel or they didn’t realise there were women choosing to live in a war zone. In some ways people expect the hardships – the fear, the attacks, even the monotony – but they had no idea about the parties, the swimming pools, the strange themed cakes in the canteen for every occasion – Thanksgiving, St Patrick’s Day, Sexual Assault Awareness Day. I think it’s those details that make the book more interesting; they are the details that give a fuller picture of the story.

What do you feel is the most stressful part of being the one left behind?

Not everyone who is in a warzone is in danger 24/7. If you live on one of the large bases, you might well be safe and incredibly bored the majority of the time. The most stressful part of being left at home though, is that every minute you don’t hear from your loved one is a moment that they could be in danger. Your imagination can be hard to control. If they are late to a Skype call or don’t message for a couple of days, your mind can think the worst when in reality there might just be Internet problems or they have some extra shifts to do at work. The problem with being left behind is that you are surrounded by their absence. Your life is the same, but there is a gaping hole in it. Everything is a reminder of the person who is away. In some ways that is harder than being the one having the new experience.

Do you have any particular practices that help you write?

I like to write early in the morning. All of my writing happens between the time I wake up and the bottom of my second cup of coffee – I still have a full-time career outside of writing so I have to get my daily writing done before I go to work. I also think there’s a special kind of writing that comes out while your brain is still partially in sleep mode. It makes it easier to turn off the filters and just let the words flow.

What can you tell us about the honor of being shortlisted for the 2018 Costa First Novel Award?

I still can’t quite believe it happened. It’s crazy! When I was a teenager I worked in a bookshop and I can distinctly remember looking at books that had the Whitbread (as it was then known) Book Awards shortlist stickers on them. I can’t believe that mine has that now.

I was in a bilateral government meeting when I received the news and stepped out to take the call, then promptly burst into tears. I was a wreck! The news was embargoed and it was so hard to go back into the meeting and pretend that nothing was going on.

The shortlist also means a lot to me as it feels like recognition that this is a story worth telling. When I was looking for a UK publisher, some companies were concerned about Iraq-fatigue – that readers didn’t want to read about war anymore. But in my view, stories about the experiences of war are timeless. We still read literature from World War I and World War II and Vietnam. We shouldn’t forget our history and we should make even more of an effort to read stories from underrepresented voices –Iraqis, women, civilians. There is no single version of a conflict.

In your novel, what did you edit out?

My goal with the novel was emotional truth. In terms of emotion, I left everything on the page. Nothing was edited out. I wrote it at a time when my experiences where incredibly raw, but I think that’s what gives the work its power.

What are you currently reading?

I am currently reading Nickolas Butler. In fact, I am on a Nickolas Butler roll! Last week I re-read Shotgun Lovesongs, then The Hearts of Men and now I’m on Little Faith. I have such a writing crush on all of Butler’s work. He writes characters with all their nuances and flaws and with such incredible kindness and humanity. His descriptions of rural USA are also stunning. I’m convinced that just reading such beautiful work will make me a better writer.

Having this book published in the USA has been an ambition of mine ever since I started writing it. For me, the most unexpected part of living in Iraq was getting such an immersive experience in US culture. I came away with strange quirks, like a huge love of country music that is quite out of place in London. In some ways Pieces of Me is my own ode to that experience.

I want readers to know that the path here was hard fought. It wasn’t easy to get published in the US. Some publishers thought the book was too nuanced, but love and conflict are complex and multi-faceted. I trust my readers to understand that.

Natalie Hart is a writer, strategic communications consultant and qualitative researcher. Her first novel Pieces of Me is being published by Legend Press on October 1, 2019. It was shortlisted for the Costa First Novel Award. Natalie specializes in conflict and post-conflict environments. She has worked extensively across the Middle East and North Africa, including three years in Iraq. Natalie has a BA in Combined Middle Eastern Studies (Arabic and Spanish) from the University of Cambridge and an MA in Creative Writing from Lancaster University.
https://www.nataliehartauthor.com/
@NatalieGHart

Hart's story is split into three parts before deployment, during deployment and after deployment and follows Emma and Adam McLaughlin from Baghdad to Colorado. Readers see the effects of war and sacrifice.

Email ThisBlogThis!Share to TwitterShare to FacebookShare to Pinterest
Labels: Natalie Hart, Pieces of Me