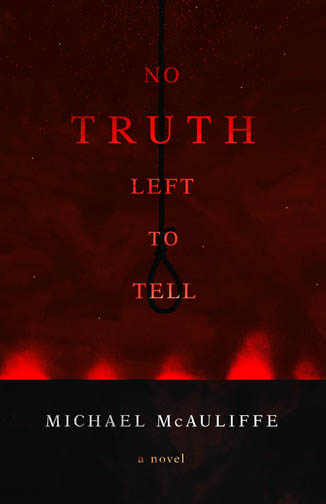 February 1994—Lynwood, Louisiana: Flaming crosses light up the night and terrorize the southern town. The resurgent Klan wants a new race war, and the Klansmen will start it here. As federal civil rights prosecutor, Adrien Rush is about to discover, the ugly roots of the past run deep in Lynwood.​
For Nettie Wynn, a victim of the cross burnings and lifelong resident of the town’s segregated neighborhood, the hate crimes summon frightful memories of her youth, when she witnessed white townspeople lynch a black man. Her granddaughter Nicole DuBose, a successful journalist in New York City, returns to Lynwood to care for her grandmother. Rush arrives from DC and investigates the crimes with Lee Mercer, a seasoned local FBI special agent. Their partnership is tested as they clash over how far to go to catch the racists before the violence escalates. Rush’s role in the case becomes even more complicated after he falls for DuBose. When crucial evidence becomes compromised—threatening to upend what should be a celebrated conviction—the lines between right and wrong, black and white, collide with deadly consequences.
No Truth Left to Tell is a timely legal thriller that pulls readers into a compelling courtroom drama and an illusive search for justice in a troubled community.

No Truth Left to Tell is an intense legal thriller that displays multiple layers of cause- and - effect.

The story begins with a maimed Grand Dragon, Frank Daniels, plotting to create a Race War and we quickly learn he'd already used the legal system to his advantage.

In steps, special agent Lee Mercer with the FBI and federal civil rights prosecutor Adrien Rush. All men on the extremists' lists are looked at closely. Meanwhile, Adrien falls for Nicole.

Detective Jimmy Bastiste gets involved with the case and his deviant behavior leads one to look at issues of authority and influential culture and constitutional rights.

McAuliffe tells it like it is and has an incredible way of expressing situations with compelling characters. I was immediately invested in the story and had strong emotions throughout the trial and impending conclusion. The ending chapter's were  a  wise choice, but rather hard to take, which made for an excellent storyline.


About the Author
Michael McAuliffe, has been a practicing lawyer for thirty years. He was a federal prosecutor serving both as a supervisory assistant US attorney in the Southern District of Florida and a trial attorney in the Criminal Section of the Civil Rights Division at the Department of Justice in Washington, DC.

In 2008, Michael was elected and served as the state attorney for Palm Beach County, leading an office of approximately 125 prosecutors. He was known for leading the ethics reform movement in county that resulted in the creation of a permanent inspector general, an ethics commission, and new ethics code.

He also has been a partner at a major law firm, a global company general counsel, a senior lecturing fellow at Duke University's School of Law, and an adjunct professor at William & Mary's School of Law. Early in his career, Mr. McAuliffe was a Civic Education Project fellow and visiting professor of law in the Czech Republic.

Aside from the law, Mr. McAuliffe is an alpine mountaineer, having climbed and reached the summits of Aconcagua, Denali, Kilimanjaro (with his daughter), Island Peak in the Himalayas, and many other mountains.

He received his JD from the College of William & Mary's Law School and his BBA from the Business Honors Program at the University of Texas at Austin. Michael and his wife Robin Rosenberg, a US district judge, have three children, and live in Florida and Massachusetts.
Michael McAuliffe No Truth Left To Tell