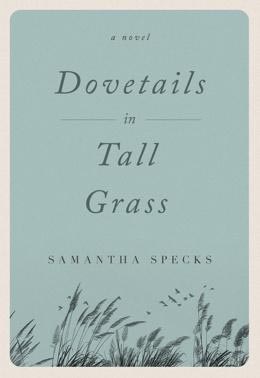 As war overtakes the frontier, Emma’s family farmstead is attacked by Dakota-Sioux warriors; on that same prairie, Oenikika desperately tries to hold on to her calling as a healer and follow the orders of her father, Chief Little Crow. When the war is over and revenge-fueled war trials begin, each young woman is faced with an impossible choice. In a swiftly changing world, both Emma and Oenikika must look deep within and fight for the truth of their convictions—even as horror and injustice unfolds all around them

I needed to redo this page to include my review.

This engrossing book uses archived documentation to provide a look at frontier life in the 1800s and the story shows how two women Emma and Oenikika, are connected by the fate of one man.

In setting the background for the story I have to note my interpretation of how the Dakota War of 1862, also known as the Sioux Uprising or Little Crow's War got started.

In 1851, the United States government negotiated a treaty that forced Dakota-Sioux Indians to live on a 20-mile wide by 150-mile long reservation. The Dakota-Sioux could not leave to hunt for their families beyond their reservation.

The government said they'd pay them money that they could then use to buy food and supplies at trading posts. But it's reported that the payment was often late and that instead of delivering the money to the Dakota-Sioux, some government agents kept the money for themselves.

Due to crop failure, the Indians on the reservation faced extreme food shortages with a limited ability to cope.  Many on the reservation longed for something better than the present situation and experienced shock and grief as they became devastated by their circumstances and the lack of money promised.

On August 15, 1862, it's reported that the Dakota-Sioux went to their Indian Agent expecting their annual payment of money and weren’t given any.  So, two days later, 4 young, hungry, Indian braves stole eggs and killed five white settlers.  This then resulted in an armed conflict in the United States between white settlers and several bands of Dakota.

The outcome of the conflict was the largest one-day mass execution in US History. After military trials, thirty-eight Dakota-Sioux men were hanged in Mankato Minnesota on December 26, 1862.

Dovetails in Tall Grass is expected to be released in August of 2021.

Samantha Specks is a clinical social worker who has worked on a child/adolescent psychiatric unit, as a Dialectical Behavioral group therapist with adults and adolescents, and as an outpatient psychotherapist. She currently lives in Texas, but her heart and mind resided in Minnesota, her home state while working on Dovetails in Tall Grass, which is her debut novel. Her happy place is reading a good book or watching a terrible TV show with a cup of tea and her leggings covered in dog hair. Sticking with the theme of strong young women, Samantha and her husband welcomed a baby girl to their family while she was writing this novel. She lives in Houston, TX.